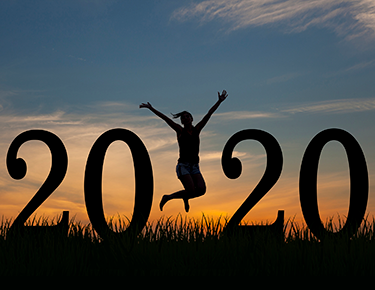 New Year’s resolutions get a bad rap — and for good reason. They are wildly unsuccessful. Millions of people have well-intentioned aspirations for the new year, but only about one in 10 actually accomplish their goal, according to the Statistic Brain Research Center.

If you dig a little deeper into the reasons why they fail, you find it’s usually not the resolution itself, it’s in the execution. Here are four popular New Year’s resolutions and how to avoid messing them up:

Resolution #1: Becoming healthier. The most popular resolution can take on many forms — losing weight, getting in better shape, eating healthier, and so on. This resolution usually fails because to be successful, it takes a major lifestyle change. You’re fighting against months or maybe years of poor behaviors, so expecting wholesale changes right out of the gate is not reasonable.

Make it fail-proof: Start with smaller, simpler goals like not eating after 8 p.m., or exercising for 20 minutes a day for three times a week. Hitting manageable goals will build momentum and create good habits.

Resolution #2: Spending less money. Depending on how much you spent on Christmas, this one might take care of itself for a few weeks. But if you don’t have a spending plan or budget, old spending habits will re-emerge.

Make it fail-proof: Take some time at the beginning of the year to jot down some long-term spending and savings goals and then work backwards to figure out how those goals will affect your weekly purchases. As the year goes on, continue to track your progress and evaluate your purchases.

Resolution #3: Getting more organized. Going from being disorganized to organized is not a quick fix. To make the switch, it takes an evaluation of your entire environment. Most people don’t have the time for such an extensive process so they buy some bins, stuff them full and call it good. That’s not going to work and it'll cost you money.

Make it fail-proof: Instead, start small. Pick one room in your house or one aspect of your life to focus on, like health care bills or your tax documents. Once you get some traction, you can apply the methods you learned to other things. Incremental improvement is the best long-term approach.

Resolution #4: Spending less time on electronics. If this is a resolution that’s important to you, odds are you’ve had some trouble keeping electronic usage under control. With so many games, social media and streaming options at our fingertips, our brains are now conditioned to be engaged electronically at all times.

Make it fail-proof: One way to start to break this habit is to change the accessibility you have to your devices. Remove apps from your phone and keep your devices out of reach when you don’t need them. Another way to curb electronic usage is to form a different habit, such as reading.

Resolutions, whether at New Year’s or any other time, are a good thing. To be successful, more planning and attention are required than most people think. And if you slip up, don’t quit! Learn from your mistakes and keeping going.

Logging Into Your Client Portal
Viewing, Printing or Saving a Copy of your Tax Return
Uploading Documents to File Exchange